Who says foodcrafters also says craft beer. Indeed, what more noble hoppy, pardon: hobby, than brewing your own booze? The beer scene in London has evolved radically in the last years, and many small microbreweries making truly amazing beers have appeared all over town. We visited one of them: London Fields Brewery. 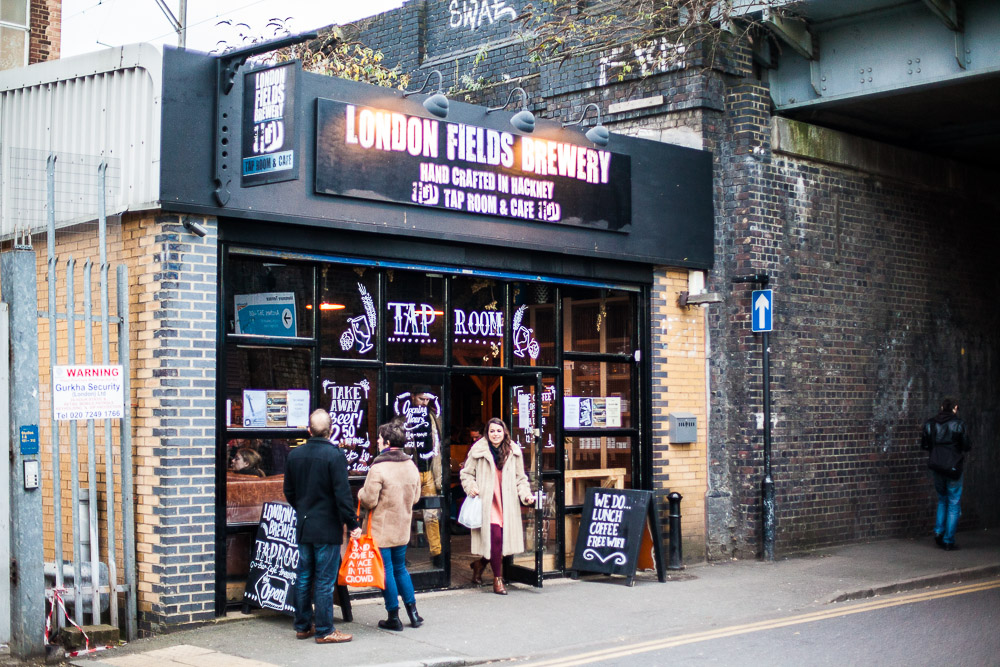 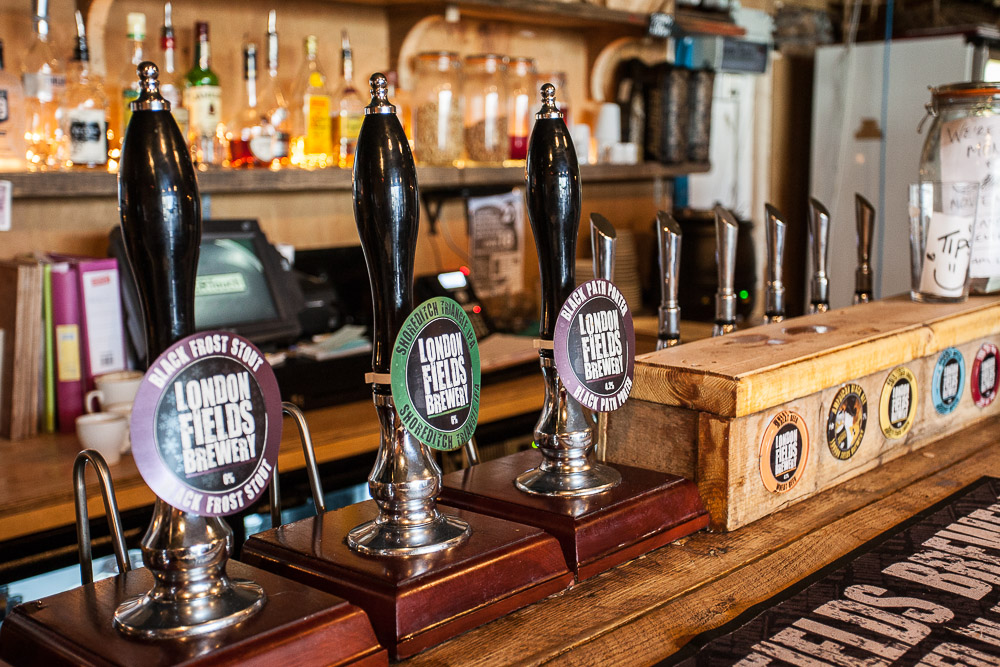 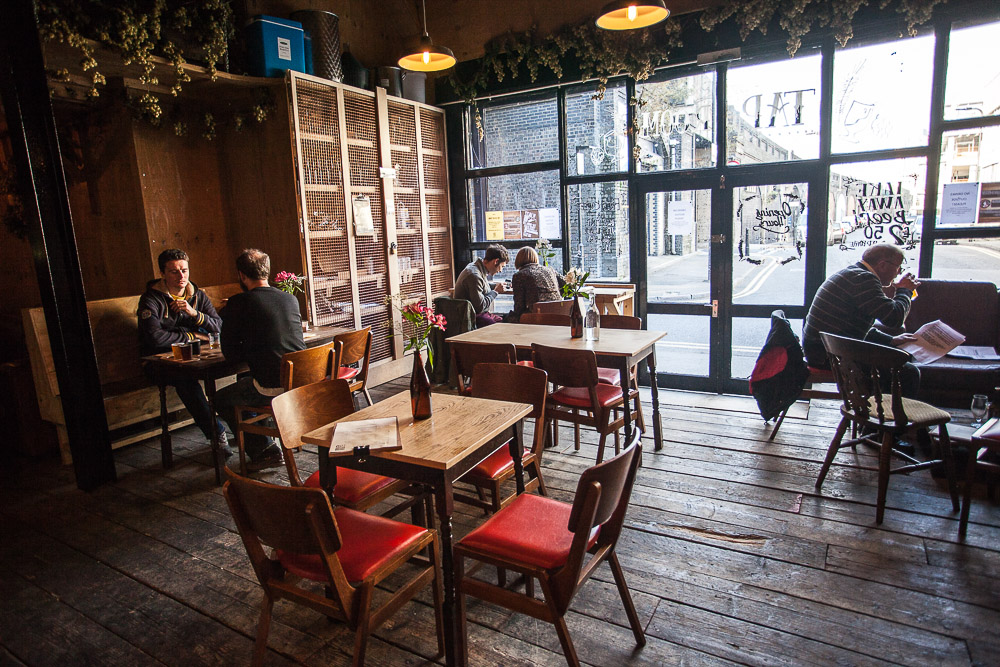 Founded in August 2011 by Jules Whiteway and Ian Burgess of Climpson and Sons (an indie coffee roaster on Broadway market we’re set to visit at some point), the lovely brewery has been one of the spearheads in the London craft beer revolution. 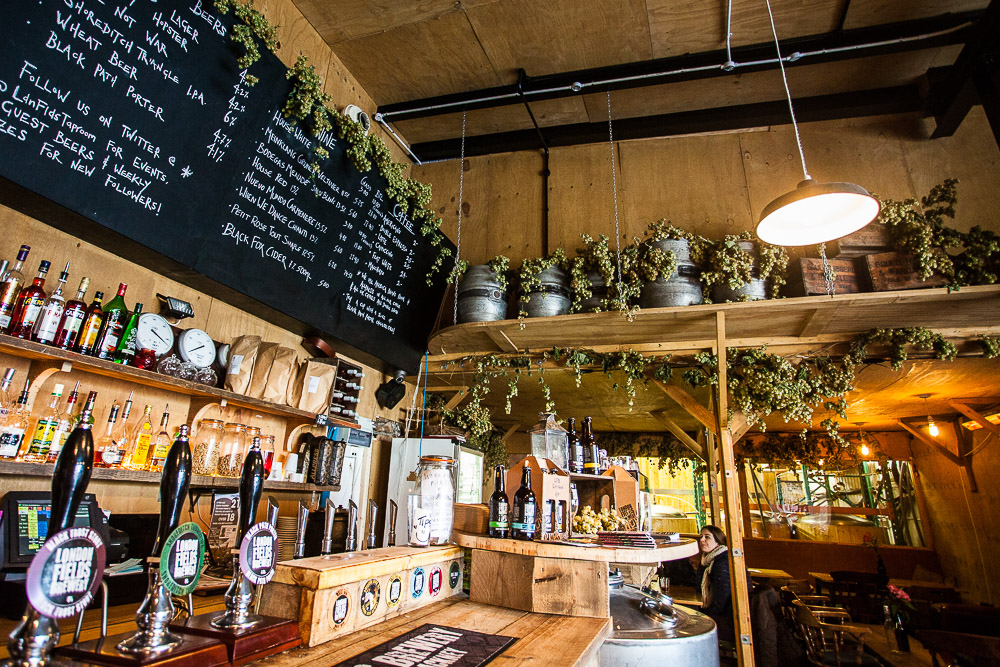 Set under the railway lines in Hackney, we paid them a visit and had the chance to try some of their fabulous creations. They are a lovely bunch and we had a great time with Jack who told us about their story and the craft of beer making. The bottles are still labeled manually and you could definitely tell (& taste) that they put loads of love and care in their products. 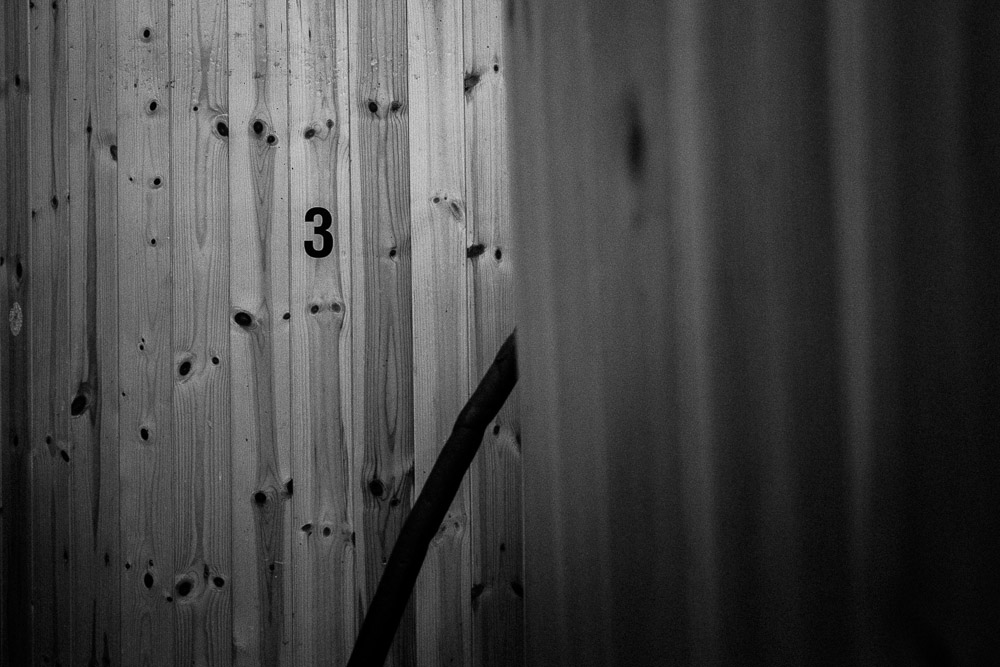 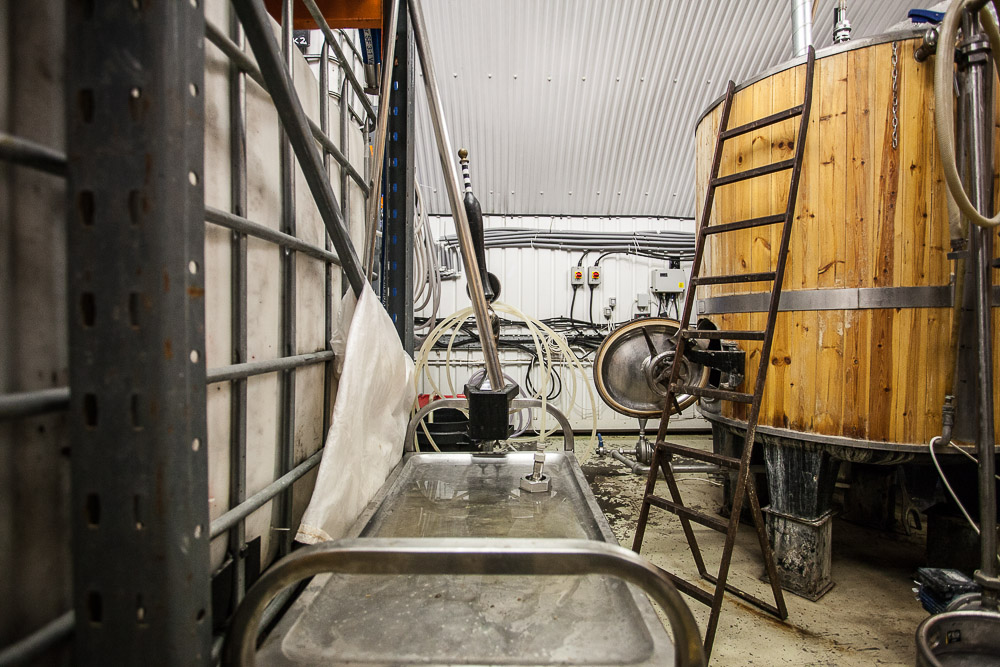 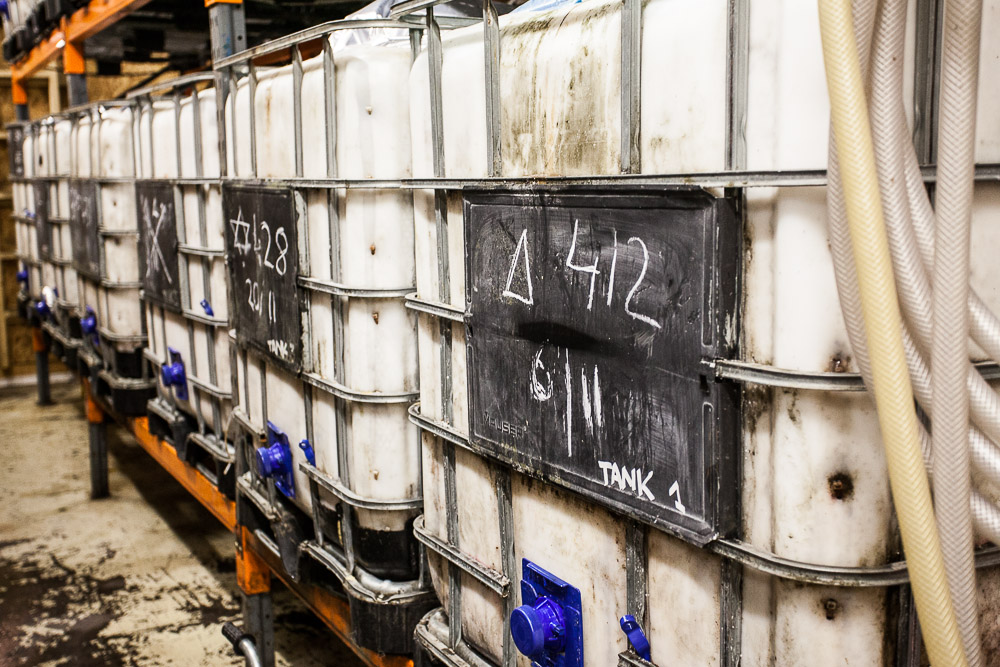 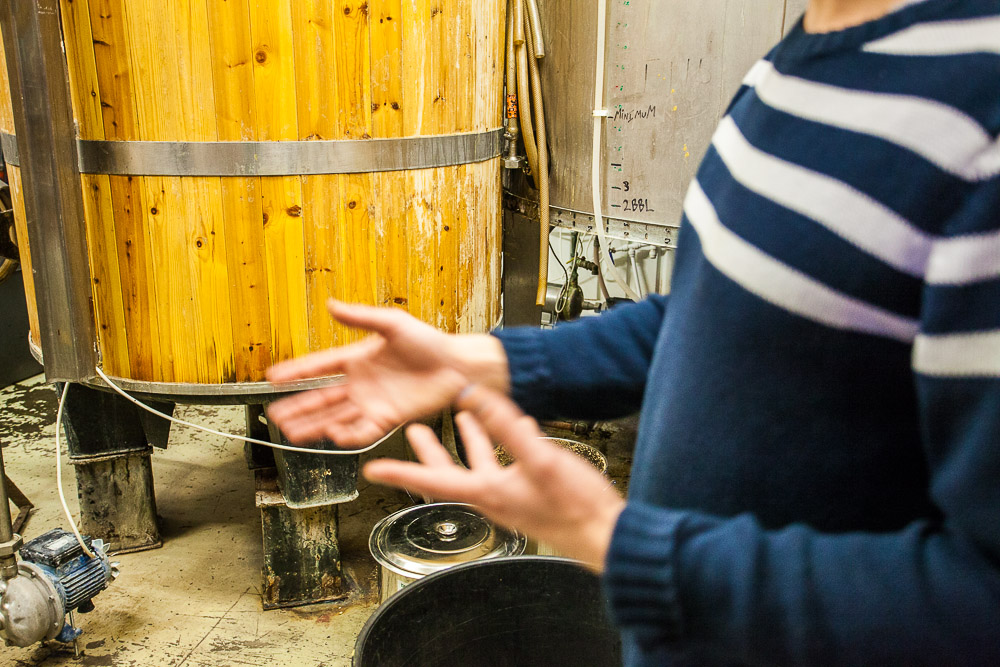 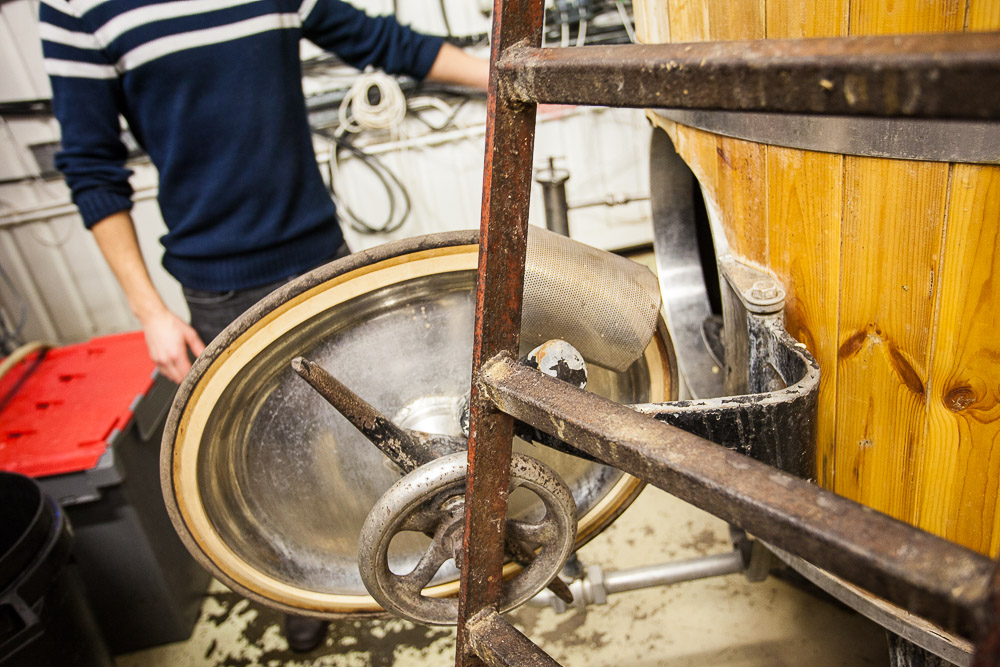 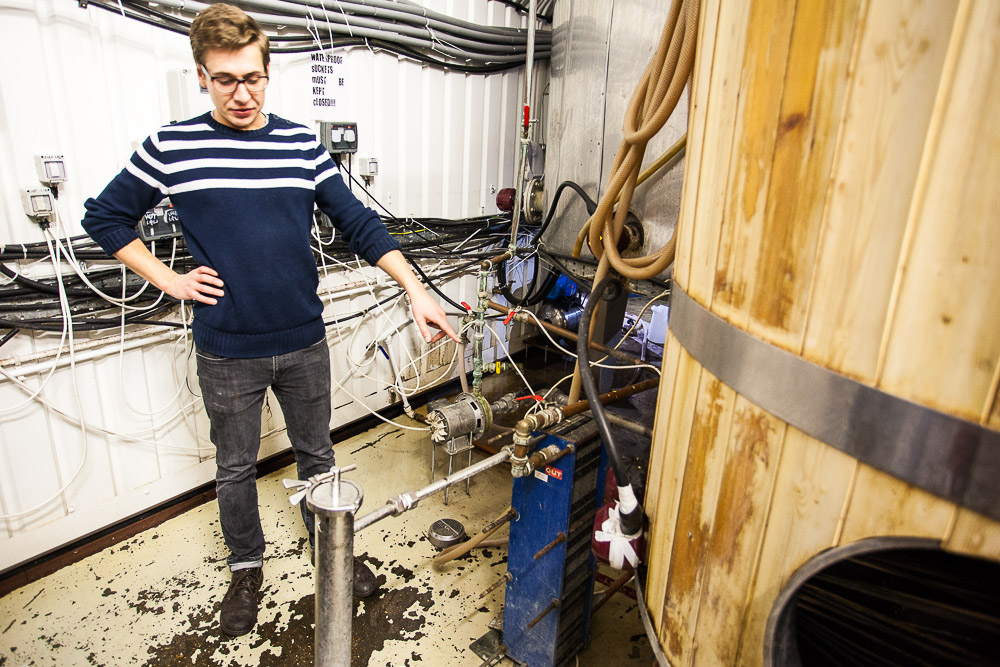 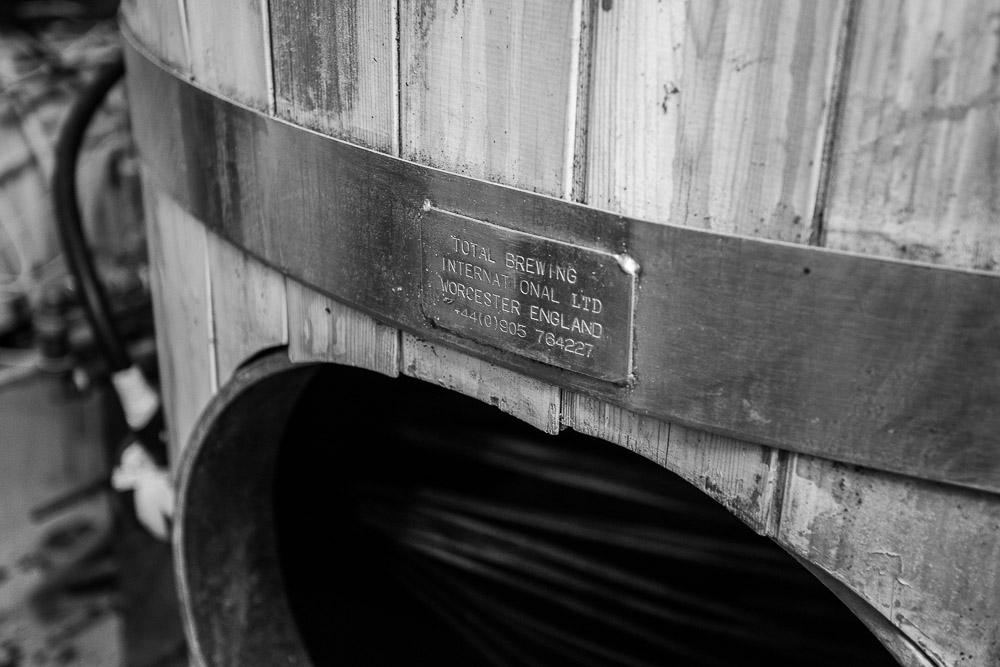 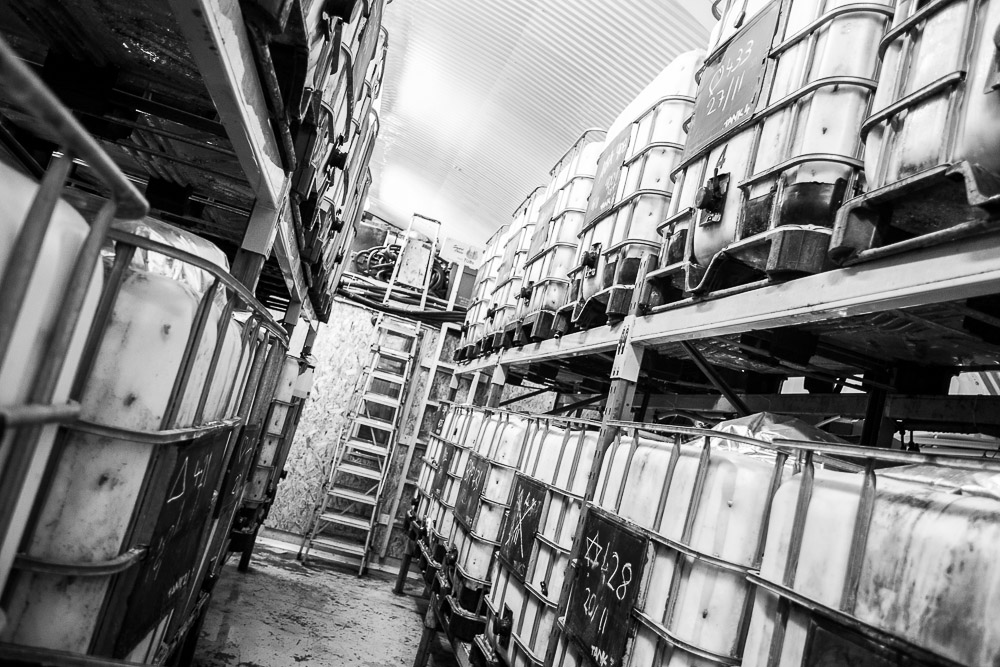 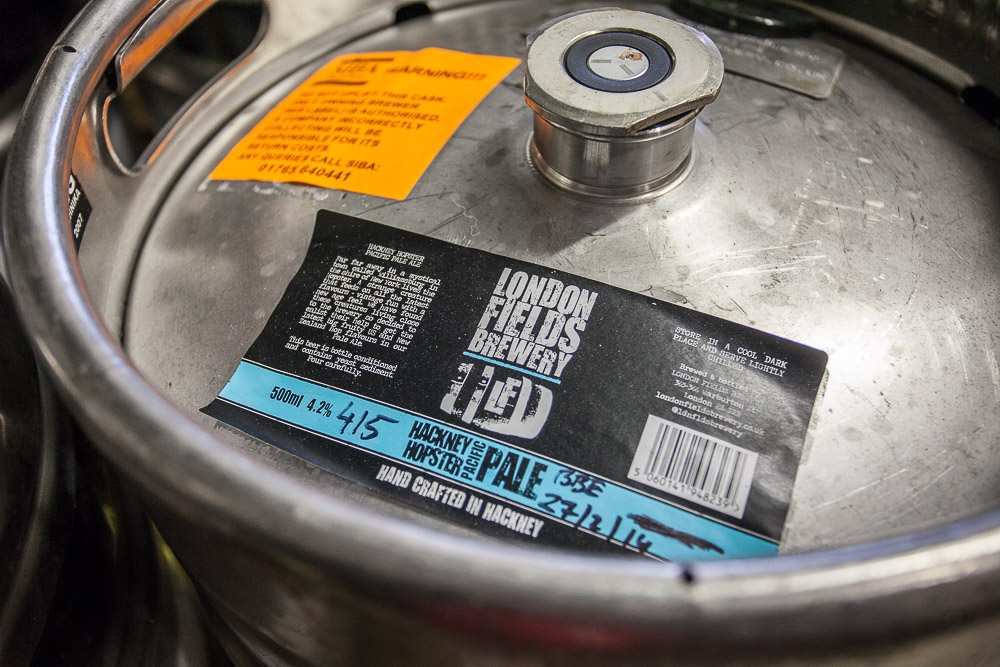 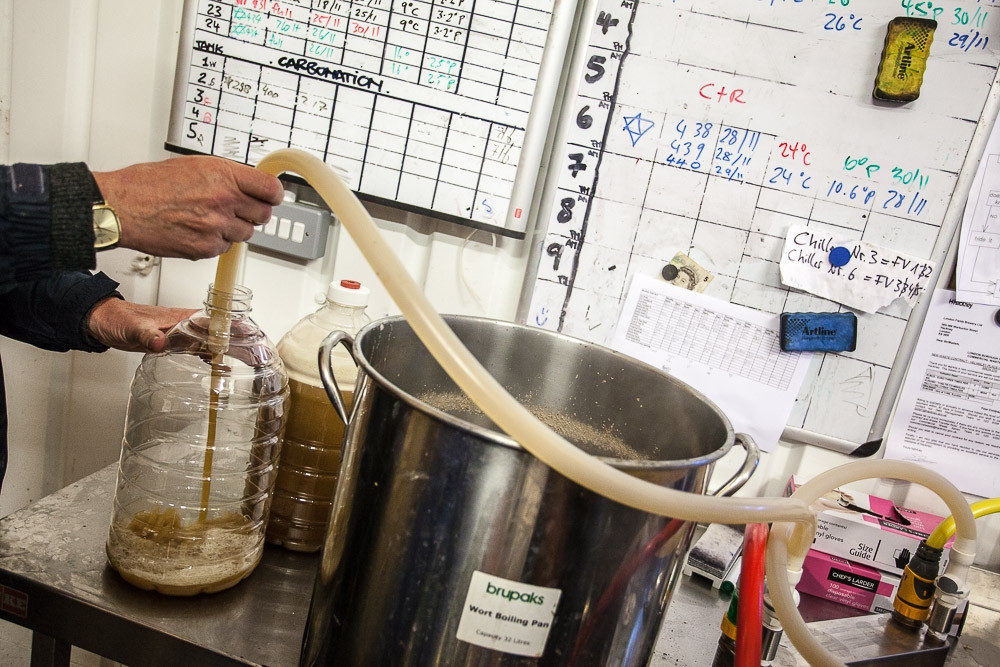 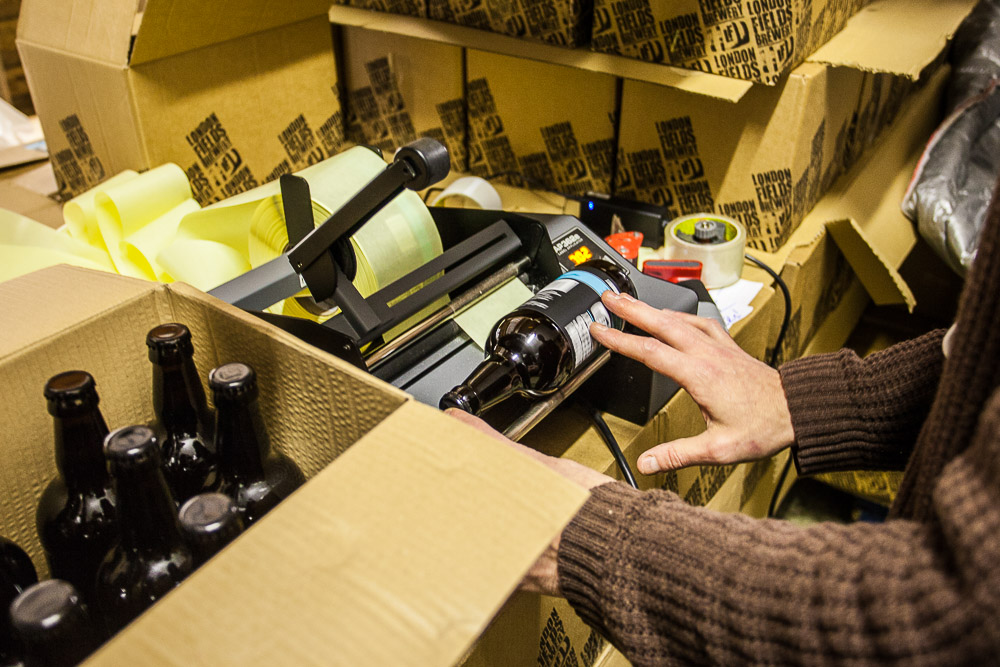 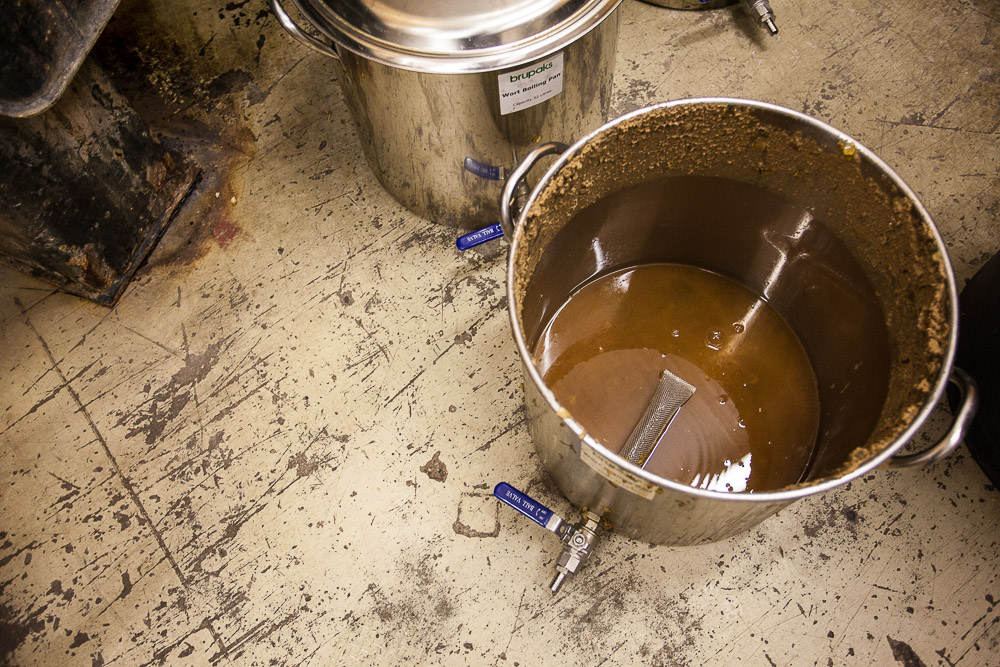 Their beers are nice, fresh, crisp, and rudely hoppy. We particularly liked their respectable collection of hops – tightly ordered mountains of bags filled with flowery buds that go by the exotic names of Chinook, Pacifica, or Colombus. We swear this was only hops! 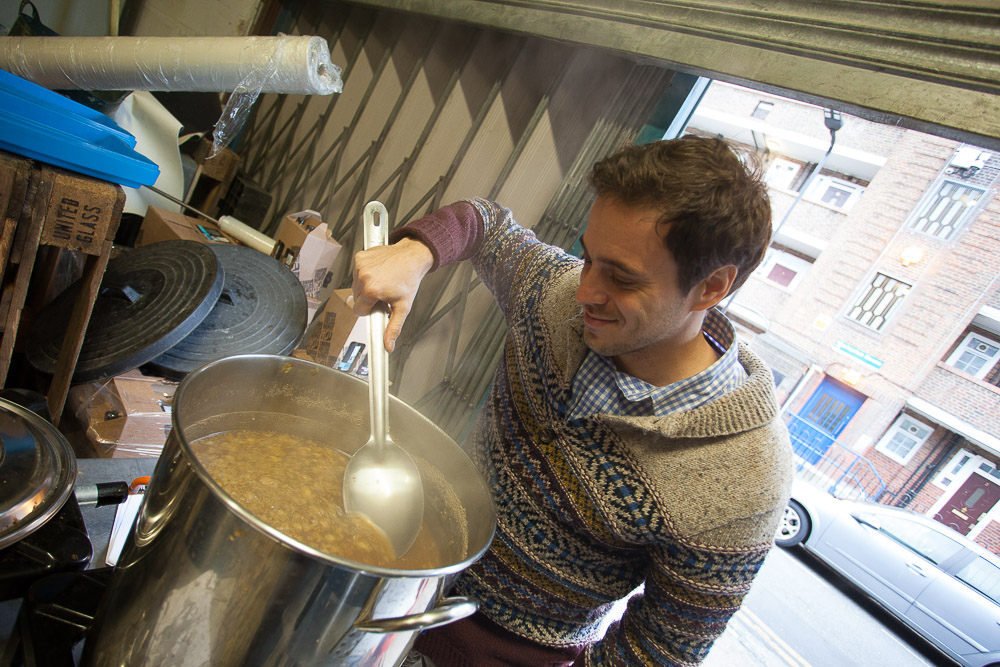 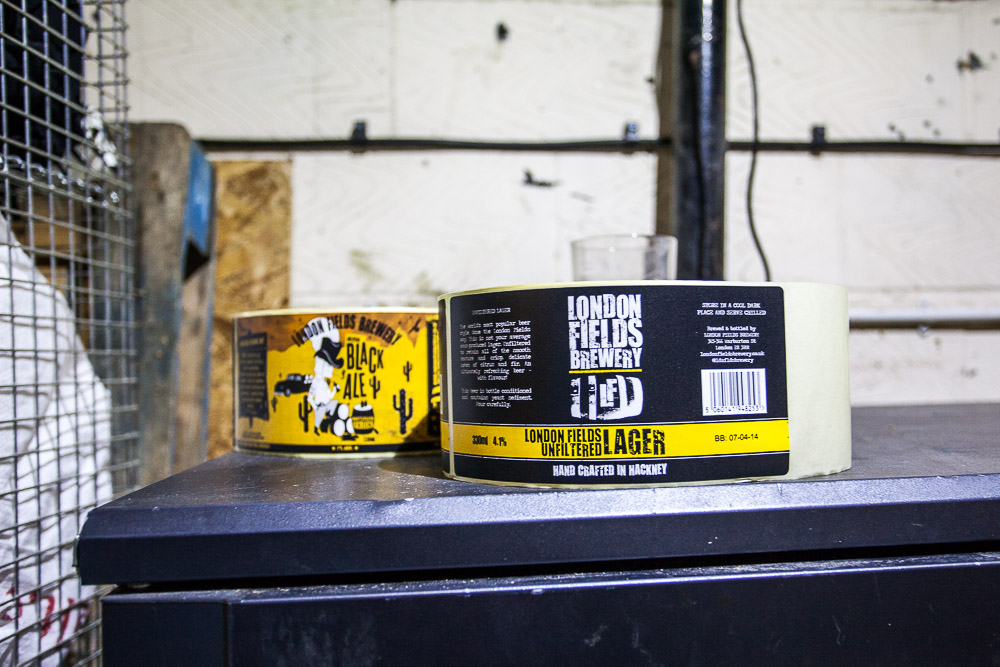 They also offer tours and brewing courses, which I would recommend based on the smile of these lucky students. The adjacent tap room was comfortable, food looked yummi, and you could find all their seasonal beers on top. What more do we need? See below the selection of beers we tried. 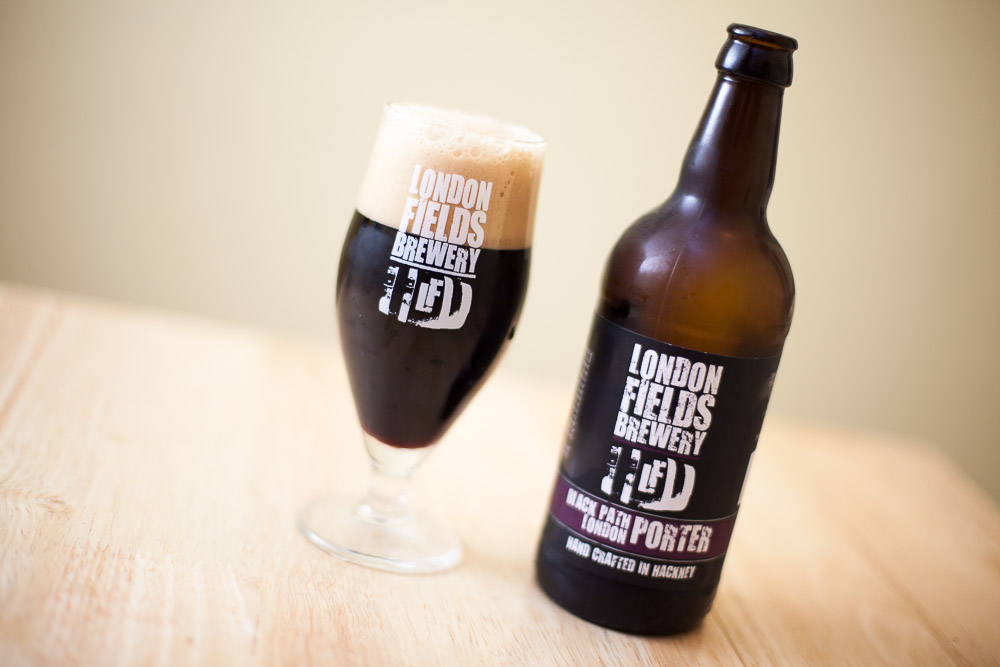 Named after a historic trading route steeped in legend and protected by an ancient Templar that runs from Walthamstow to Smithfield’s and passes directly behind our brewery. Our Braumaster likes to think he has heard whispers from the ancient Porters who travelled this route. He swears they spoke of a malty black brew, full of coffee and chocolate flavours that warmed the cockles after the long journey. 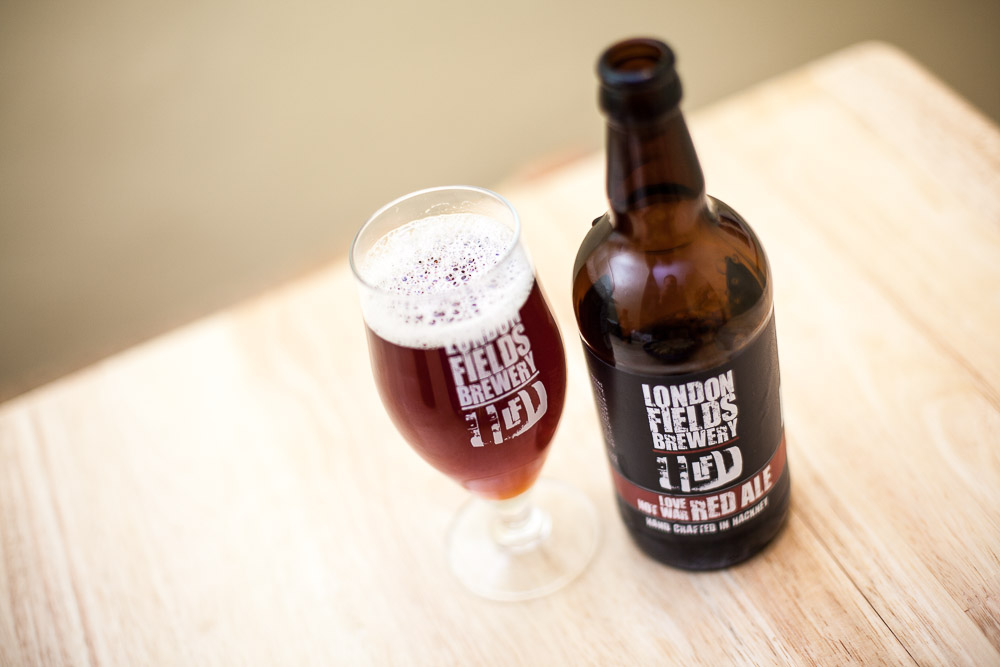 First brewed barricaded in the brewery during the London riots. This brooding red ale is an ode to all things peace and love. A true union of malt and hops, with silky texture and soft caramel flavours cuddling up to a rich pear and summer fruit character. 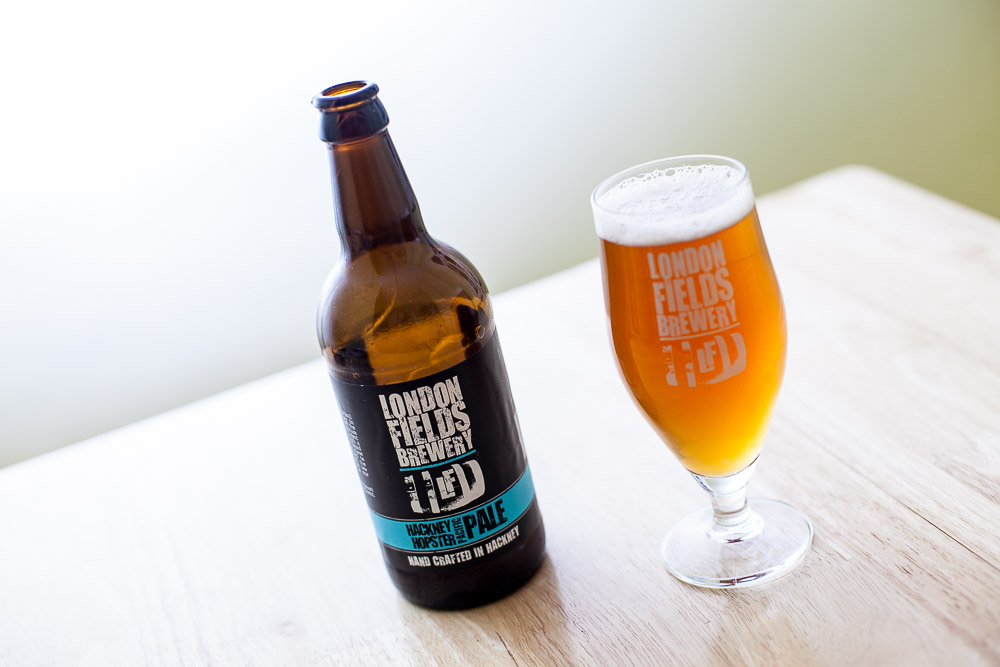 The Hackney Hopster is a debonair young chap of a pacific pale ale. Dressed in New Zealand & US hops, the Hopster shows off flavours of grapefruit, lemon zest and gooseberry, with a dry and fresh finish.

Thanks again for the tour folks, and keep rocking our happy bellies!